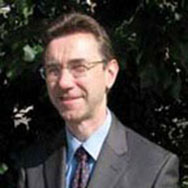 Paul Archbold was previously Director of the Institute of Musical Research in the University of London, alongside his post as Reader in Music at Kingston University London. He is a composer, specialising in the composition of virtuoso instrumental music and works for instrument and live electronics. He has collaborated with the film-maker Colin Still to create documentaries examining the working relationship between composers and performers. His CMPCP Visiting Fellowship was based at the University of Oxford and focused on techniques of audiovideo capture and direction as applied to the study of musical performance research, with a view to developing quantitative and qualitative methods of examining audiovideo data. 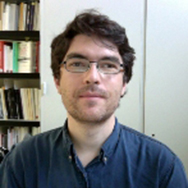 Nicolas Donin is head of the Analysis of Musical Practices team, which is a joint research group of the Institut de Recherche et de Coordination Acoustique/Musique (IRCAM), Université Pierre et Marie Curie and the Centre National de la Recherche Scientifique in Paris. His work focuses on contemporary musical practices, particularly composition and performance, using both musicological and ethnographic/cognitive approaches. From 2009 to 2011 he led the MuTeC project (a series of case studies in compositional processes from the 1930s to the present) funded by the Agence nationale de la recherche, and established the biennial TCPM conference (Tracking the Creative Process in Music). Recent research has been published in Contemporary Music Review, Genesis: Revue Internationale de Critique Génétique, Musicae Scientiae and various edited collections in French and English; he has also co-authored documentary films on the creative process of the composers Georges Aperghis, Luca Francesconi, Philipp Maintz, Roque Rivas and Marco Stroppa. As a CMPCP Visiting Fellow attached to the Faculty of Music at Oxford, he contributed to the ‘Contemporary concert music’ project and wrote a book chapter on distributed creativity in contemporary music using realtime sound and gesture processing, based on ethnographic data. 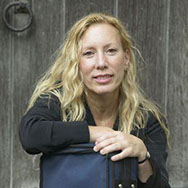 Violinist Jacqueline Ross has enjoyed a unique career performing on both modern and period instruments. Her recordings include the Sonatas and Partitas of J. S. Bach, and the complete works for violin and fortepiano by Schubert, released by Naxos in 2012. She is Professor at the Guildhall School of Music & Drama and is regularly invited to give masterclasses internationally at such institutions as the Juilliard School, Curtis Institute, and conservatoires throughout Europe and the Far East. Her research has been supported by the Dutch Arts and Humanities Research Board, The British Council, Birmingham Conservatoire, London Centre for Arts and Cultural Exchange, and the Guildhall School of Music & Drama. As Visiting Fellow, she was attached to the Faculty of Music, University of Cambridge; her research centred on late eighteenth- and early nineteenth-century violin techniques and performance practice, which was applied to the preparation of a new performing edition for violin of Schubert’s ‘Trockne Blumen’ Variations. 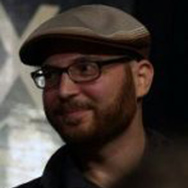 Adam Linson is active internationally as a double bassist, improviser and composer who also designs, develops and performs with interactive music systems. His double bass and live electronics performances can be heard on several critically acclaimed albums. His interdisciplinary scholarly research is focused on situated cognition in music, especially in improvisation. In 2014 he completed a PhD on artificial intelligence and music cognition at the Open University’s Centre for Research in Computing. In addition, he holds an MFA in Music/Sound from the Milton Avery Graduate School of the Arts at Bard College in New York, and a BA in Philosophy from the University of California, San Diego, where he also studied and performed composed and improvised music. As a CMPCP Visiting Fellow at the University of Oxford, he continued his research on cognition in musical improvisation, in collaboration with Eric Clarke and Mark Doffman. 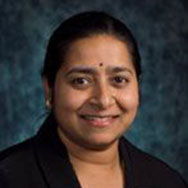 Mekala Padmanabhan is an independent scholar and a diploma examiner (Music) for the International Baccalaureate Organization, Cardiff, UK. She undertook her doctoral studies at the University of Nottingham and has held teaching and research positions at the University of Victoria (Canada), Royal Holloway, University of London, and the University of North Dakota (USA). Her primary area of research expertise is late-eighteenth-century Viennese lieder with an emphasis on the songs of Joseph Haydn and his contemporaries. A project pursued in collaboration with her fortepianist colleague Rebecca Maurer (Germany) examined Haydn’s influence on British keyboard composers c.1790. She has presented papers on these subjects at several international conferences in North America and Europe and has published articles in the Eisenstädter Haydn-Berichte and Haydn Society of Great Britain Journal. A native of Chennai, South India, her interests include Tamil popular culture and cinemas. During her CMPCP Visiting Fellowship she collaborated with Tina K. Ramnarine (Royal Holloway) on her project ‘Global perspectives on the “orchestra”‘. Her research focused on seminal creative aspects of Tamil Film orchestral practices, in particular, the integration and adaptation of a variety of keyboard instruments in Tamil film music orchestras to suit regional differences.

László Stachó is a Hungarian musicologist, psychologist and musician working as a senior lecturer at the Liszt Academy of Music in Budapest and at the University of Szeged. His research focuses on Bartók analysis, twentieth-century performing practice (especially the performing style of the composer-pianists Bartók and Dohnányi), emotional communication in musical performance, and music pedagogy (effective and creative working and practice methods and enhancement of attention-skills in music performance). As a pianist, he regularly performs chamber music, conducts practice methodology workshops and teaches chamber music masterclasses. He is passionately interested in pedagogy, and has been recently involved in a countrywide planning of music education curricula in Hungary. In the past few years, he has developed a pedagogical methodology which enables performers to be emotionally deeply engaged with music and to powerfully navigate in the musical flow in real time, opening the way to the performer’s authenticity, feeling of ‘ownership’ over the music, and spontaneity. As CMPCP Visiting Fellow at the University of Cambridge, he explored how insights from empirical research on musical shaping and embodiment may be applied to create an efficient pedagogy for the development of musical imagination and the direction of attention at different levels of expertise. 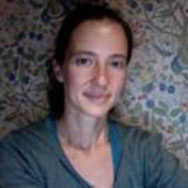 Renee Timmers is Lecturer in Psychology of Music and director of the onsite and distance learning MAs in Psychology of Music at the University of Sheffield. She is Editor with Nicola Dibben of Empirical Musicology Review and associate editor of Psychomusicology: Music, Mind & Brain. She was educated in the Netherlands in musicology (MA from the University of Amsterdam), in psychology (PhD from the Radboud University Nijmegen), and as a performer. Before joining the Department of Music in Sheffield in 2009, she was a research fellow at a number of institutes, including the AHRC Research Centre for the History and Analysis of Recorded Music (CHARM) at King’s College London, the Austrian Research Institute for Artificial Intelligence in Vienna, and the Donders Institute for Brain, Cognition and Behaviour in Nijmegen. Her work is strongly interdisciplinary, combining theory and computer modelling with empirical testing and exploration. Her research focuses on expressive performance of music, emotion and meaning in music, and influences of emotion on music perception and cognition. As a CMPCP visiting fellow, she collaborated with Eric Clarke and Mark Doffman on the ‘Creative practice in contemporary concert music’ project, focusing on a quantitative investigation of creative development of performance expression over the course of multiple performances. 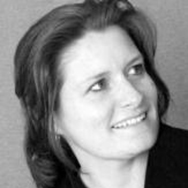 Kathryn Whitney is a singer and researcher and is Founder and Co-director of the SongArt Performance Research Group. She was trained at the Universities of Toronto and Oxford, at the Guildhall School of Music & Drama, and in New York and London under Cornelius Reid, Susan McCulloch and Dame Emma Kirkby. Since singing her London debut at St John’s, Smith Square in 2005, she has performed with numerous ensembles and in series in the UK and abroad. A champion of new music, she has sung over forty premieres, the majority of the works having been written for her. She was Artist in Residence at Oxford (three years) and the Royal Welsh College of Music & Drama (two years) and was a Visiting Research Fellow at the Institute of Musical Research in the School of Advanced Study, London. She is a senior voice teacher at the Victoria Conservatory of Music. She joined CMPCP to run a series of song performance workshops as part of the ‘Shaping music in performance’ project. 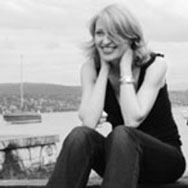 Stevie Wishart is a composer and performer whose recent compositions and research projects include using realtime processing published as an annotated CD and DVD, The Sound of Gesture; a choral song cycle Out of this World, commissioned for the BBC 2011 Proms; and a large-scale Vespers for St Hildegard for voices and instruments, premiered in York Minster at the 2013 York Early Music Festival, and based upon her 2012 recording for Decca. She is also the founder of the ensemble Sinfonye, specialising in Medieval music, which has made a number of noted recordings based on original research. After initially focusing on composition and electro-acoustic music, an early awareness of the limitations of musical notation led to her involvement in performer-composer genres: medieval music (postgraduate studies at New College, Oxford and the Guildhall School of Music & Drama); and improvisation, through studying with John Cage and performing with the more reductionist London improvising musicians. As a musician, she often finds herself trying to provide a bridge between the aims of the composer, informed by academic research into musical performance, and the performer’s understanding of creative practice. As CMPCP Visiting Fellow she introduced a research strand into a forthcoming commission for the Orchestra of the Age of Enlightenment, in order to find ways in which the performer can be systematically provided with more space to interpret the music, using insights from historically informed performance within the context of newly created work. 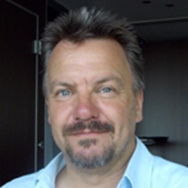 Simon Zagorski-Thomas worked for 25 years as a composer, sound engineer and producer with artists as varied as Phil Collins, Mica Paris, the London Community Gospel Choir, Bill Bruford, The Mock Turtles, Courtney Pine, and the Balanescu Quartet. He is a senior lecturer at the London College of Music, University of West London, Director of the annual Art of Record Production Conference and Chairman of the Association for the Study of the Art of Record Production. He has co-edited, with Simon Frith, a collection of academic chapters and professional commentary on record production for Ashgate Press and is preparing a monograph on the Musicology of Record Production for Cambridge University Press. His Visiting Fellowship was based in the Faculty of Music at the University of Cambridge, where he conducted research on performance in the recording studio with the ‘Creative learning and “original” music performance’ team in addition to collaborating with colleagues at the Guildhall School of Music & Drama, Tech Music Schools and Royal College of Music. His project utilised staged recording sessions with students from these three colleges and the LCM along with video-recall interview techniques to study the issues that affect early career musicians when they come to operate in the recording studio environment.