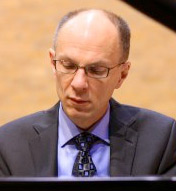 John Rink trained as a pianist alongside his academic studies at Princeton, King’s College London, and Cambridge; he also studied piano as a postgraduate at the Guildhall School of Music & Drama. His work as Professor of Musical Performance Studies at Cambridge and as Director of CMPCP draws upon his broad musical and musicological experience. He is a specialist on Chopin and on the pianos that Chopin used; he is also prominent in the field of analysis and performance, an interest first developed at Princeton, where he wrote an undergraduate thesis on ‘Analytic Process in Performance’. Many of his books and other publications focus on performance and related issues, whether analytical, historical or philological in nature. He regularly gives lecture-recitals and masterclasses throughout the world. 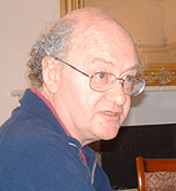 Nicholas Cook took up the 1684 Professorship of Music at the University of Cambridge in 2009, having previously directed the AHRC Research Centre for the History and Analysis of Recorded Music (CHARM) at Royal Holloway, University of London. His most recent book, The Schenker Project: Culture, Race, and Music Theory in Fin-de-siècle Vienna, won the SMT’s Wallace Berry Award, and he is now completing Changing the Music Object: Analysing Performance. He will write a book based on CMPCP’s research provisionally entitled Music as Creative Practice. He is a Fellow of the British Academy and of Academia Europaea.

Eric Clarke took up the post of Heather Professor of Music at the University of Oxford in October 2007. His research and teaching cover a number of areas within the psychology of music, music theory and musical aesthetics/semiotics. He is the author of a monograph (Ways of Listening. An Ecological Approach to the Perception of Musical Meaning, OUP, 2005) and co-author with Nicola Dibben and Stephanie Pitts of Music and Mind in Everyday Life (OUP, 2010). His research interests include expression in performance, the perception and production of rhythm, musical meaning, the relationships between music and language, the analysis of pop music, the history and aesthetics of recorded music and music and the body. He undertook a three-year research project on collaborative creativity in contemporary concert music as part of CMPCP.

Daniel Leech-Wilkinson, director of the CMPCP ‘Shaping music in performance’ research project, trained as a harpsichordist at the Royal College of Music before researching medieval music at Cambridge. Following books and articles on a wide range of early music topics, including the 14th-century motet, Guillaume de Machaut, and The Modern Invention of Medieval Music (Cambridge, 2002), he turned his attention to developing approaches to the study of recorded musical performances. His latest book, The Changing Sound of Music (2009), was published online by the CHARM project within which he directed the online discography and sound library and a research project on ‘Expressive gesture and style in Schubert song performance’. He is a Professor of Music at King’s College London.

Tina K. Ramnarine, Professor of Music at Royal Holloway University of London, is a musician and anthropologist with research interests in globalisation, the politics of musical practices and environment. Her main publications include Creating Their Own Space: The Development of an Indian-Caribbean Musical Tradition (University of West Indies Press, 2001), Ilmatar’s Inspirations: Nationalism, Globalization, and the Changing Soundscapes of Finnish Folk Music (Chicago University Press, 2003), Beautiful Cosmos: Performance and Belonging in the Caribbean Diaspora (Pluto Press, 2007) and an edited volume, Musical Performance in the Diaspora (Routledge, 2007). Her project within CMPCP stems from experiences as an orchestral violinist and it is based on participatory research models and thinking about orchestral contributions to civil society, sustainability, new virtual technologies, and anthropological approaches to ritual performances.