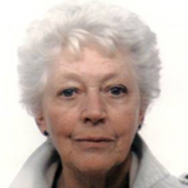 Jan McDonald was the James Arnott Professor of Drama at the University of Glasgow from 1979 until her retirement in 2005. Her principal research interests lie in nineteenth-century theatre history on which she has published a number of articles and monographs. She has also published on the work of contemporary women Scottish dramatists. During her period of office at the University, she served on the University Court, and was for many years a Governor of the Royal Scottish Academy of Music and Drama, Chair of the Board of Citizens’ Theatre, Glasgow and a member of the Arts and Humanities Research Board (Council). She also chaired the Drama Committee of the Scottish Arts Council. She was Vice-President (Arts and Humanities) of the Royal Society of Edinburgh from 2005 to 2008. 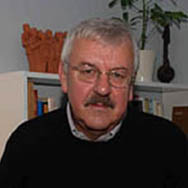 Trevor Herbert is Professor of Music at the Open University, an Honorary Professor of Music at Cardiff University, a Fellow of the Leeds College of Music and an Honorary Fellow of the Royal College of Music. Before entering academic life he played trombone with (among others) the BBC Symphony Orchestra, Musica Reservata, The Taverner Players and the Wallace Collection. He worked on a major project funded by the Arts and Humanities Research Council, ‘Military sponsorship of music in Britain in the nineteenth century and its relationship with the musical mainstream’. In addition to his academic and performance interests in music he has a keen interest in validation and higher educational systems more generally. 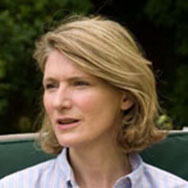 Jennifer Barnes has contributed to business and higher education worldwide. A former opera singer, she became associate professor at the Royal Academy of Music and at the Royal College of Music, then Dean at Trinity College of Music. As BP’s first Group Director of Global Education, she developed new strategies focused on capacity building and promoting greater investment in the university sector. She advised colleagues in over 25 countries on partnerships with governments, academic institutions, NGOs and businesses. In 2008, she was elected President of Murray Edwards College, founded as New Hall, in the University of Cambridge. In 2010, she was appointed Pro Vice Chancellor for International Strategy, leading Cambridge’s strategic engagement internationally. 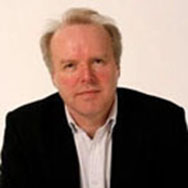 (Professor of Music and Head of the Department of Creative Practice & Enterprise, City University London)

Stephen Cottrell is Professor of Music and Head of the Department of Creative Practice & Enterprise at City University London. During a freelance musical career spanning nearly two decades he earned an international reputation as a saxophonist performing contemporary music, particularly as leader of the Delta Saxophone Quartet. He has particular research interests in three inter-related areas: ethnographic approaches to musicians and music-making, particularly within the Western art music tradition; the study of musical instruments, particularly the saxophone; and the study and analysis of musical performance. He is an associate editor of the journal Twentieth-Century Music and an artistic advisor to the record label Saxophone Classics. His monograph on the saxophone was published by Yale University Press in 2013. 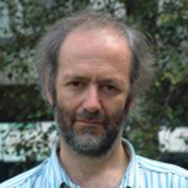 (formerly Head of School of Arts and Humanities, University of Cambridge)

Simon Franklin has written on Russian history and culture of all periods, but his principal research interests are medieval. Most of his research has been concerned with Rus and Russia in the pre-modern period. He has focused particularly on the emergence of the earliest East Slav polity and on the formation of a distinctive culture, though he has also published occasional studies of nineteenth- and twentieth-century Russian literature. His long-term project is a cultural history of information technologies in Russia, and he is currently working on the volume covering the period c. 1450–1850. He has supervised PhD students in medieval history and culture and in nineteenth-century literature. 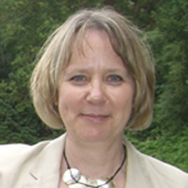 Having studied at Clare College, Cambridge and Goldsmiths College, London, Amanda Glauert has held music lecturing appointments at Trinity College Dublin, Colchester Institute, the Royal Academy of Music and Kingston University. She also served as Director of Programmes and Research at the Royal College of Music, where she was Professor of Music and Aesthetics. Her research has centred on aesthetic relationships between poetry and music in German Lieder and their impact on performance. In this regard she has been involved in developing new approaches to the theory–practice dialogue in the training of postgraduate performers, as well as engaging in many workshops and research events with performers and composers. 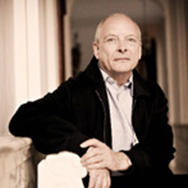 The late Christopher Hogwood, once described as ‘the von Karajan of early music’, was equally active in nineteenth- and twentieth–century repertoire. A celebrated conductor, musicologist and keyboard player, his catalogue of over 200 recordings with the Academy of Ancient Music on Decca includes the complete Mozart and Beethoven symphonies. He worked with most leading symphony orchestras and opera houses in the world. As a musicologist he covers music from the sixteenth century (Fitzwilliam Virginal Book) to the twentieth century (Martinů, Elgar, Stravinsky). He was Emeritus Honorary Professor of Music at the University of Cambridge, Visiting Professor at the Royal Academy of Music, and Gresham Professor of Music. 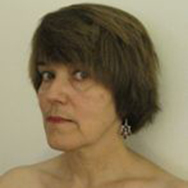 Stephanie Jordan is Research Professor in Dance at the University of Roehampton where she was Director of the Centre for Dance Research and student research programmes in Dance. She has had professional and academic experience in both music and dance, which contributes to her current research in the new developing field of choreomusical studies. Examples of her publications are her books Striding Out: Aspects of Contemporary and New Dance in Britain (1992), Moving Music: Dialogues with Music in Twentieth-Century Ballet (2000), and Stravinsky Dances: Re-Visions across a Century (2007, covering modern/postmodern dance as well as ballet), all published by Dance Books. In 2010, she was honoured with the award for Outstanding Scholarly Research in Dance from the Congress on Research in Dance (CORD, USA). 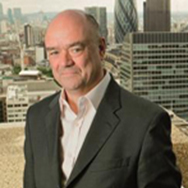 Nicholas Kenyon became Managing Director of the Barbican Centre in October 2007. He was Director of the BBC Proms from 1996 to 2007. As a music critic he wrote for The New Yorker, The Times and Observer, and he was editor of Early Music 1983-92. He was appointed Controller of BBC Radio 3 in 1992 and was responsible for the award-winning seasons Fairest Isle and Sounding the Century. He then oversaw the BBC’s programming for the millennium and ran the BBC’s Live Events and TV Classical Music departments, which mounted the Queen’s Jubilee concerts of 2002. He has continued to write and lecture on the arts, publishing books on Mozart, Simon Rattle, the BBC Symphony Orchestra and early music. He was knighted in the 2008 New Year Honours.