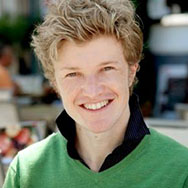 Having completed his undergraduate studies in South Africa, Michael trained at the Royal Academy of Music in London, graduating in 2007 with a DipRAM award in Musical Theatre. He furthered his postgraduate work at RADA and King’s College London, leaving in 2010 with a Master’s in Text and Performance Studies. It was during this period that he began performing at the Royal Opera House and Shakespeare’s Globe Theatre, joining a community of actors that would serve as the foundation for his doctoral research at the University of Cambridge, for which he received one of the CMPCP studentships. Focused on the oral histories of performers within classical and contemporary dance, this research sought to develop a historiographical framework through which ‘memory texts’ can be structured, curated and evaluated, integrating performance studies, musicology and the analysis of various productions from the Royal Ballet’s repertoire. 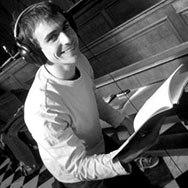 Myles graduated from the University of Cambridge in 2009 and returned there in 2010 as an MPhil student under Nicholas Cook. His doctoral research, funded by CMPCP, looked at recording studio practices in 1960s Britain and focused on the significance of sound image and performative listening in the studio whilst also tending to a ‘haptography’ of engineers and their equipment. Myles spent much of the 2012/13 academic year in America, studying at the University of California, Berkeley for six months and the Library of Congress for three months, examining blues records on an AHRC-funded placement. He then interviewed producers and engineers who worked in the 1960s on a wide variety of recorded music genres, from comedy to classical. In his spare time, Myles does freelance location recording and plays drums and guitar in several bands. 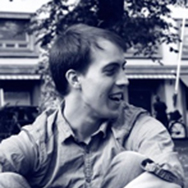 Mats studied undergraduate psychology at the Universities of Würzburg and Amsterdam from 2005 to 2008 before graduating from Goldsmiths, University of London in 2009 with a Master’s in Music, Mind and Brain. He went on to read music at postgraduate level and gained teaching experience at Goldsmiths before taking up a fully funded PhD position at King’s College London in June 2010. His work within CMPCP, and more specifically the ‘Shaping music in performance’ project, involved the investigation of performers’ and listeners’ visualisations of sound and music. His general interests are music cognition and music-induced emotions.